In our church, once rested relics of the holy Basil the Blessed. He is commemorated by the church on August 2.

Saint Basil the Blessed, Wonderworker of Moscow, was born in December 1468 on the portico of the Elokhov church in honor of the Vladimir Icon of the Most Holy Theotokosoutside Moscow. His parents were commoners and sent their son to be trained as a cobbler.

During Basil's apprenticeship, the master happened to witness a remarkable occurrence, which showed him that his student was no ordinary man. A certain merchant had brought grain to Moscow on a barge and then went to order boots, specifying that they be made in a particular way, since he would not pick them up for a year. Blessed Basil wept and said, "I wish you would cancel the order, since you will never wear them."

When the perplexed master questioned his apprentice he explained that the man would not wear the boots, for he would soon die. After several days the prediction came true.

When he was sixteen, the saint arrived in Moscow and began the difficult exploit of foolishness for Christ. In the burning summer heat and in the winter's harsh frost, he walked about barefoot through the streets of Moscow. His actions were strange: here he would upset a stand with kalachi, and there he would spill a jug with kvas. Angry merchants throttled the blessed one, but he endured the beatings with joy and he thanked God for them. Then it was discovered that the kalachi were poorly cooked, and the kvas was badly prepared. The reputation of St Basil quickly grew, and people saw him as a holy fool, a man of God, and a denouncer of wrong.

A certain merchant wanted to build a stone church on Pokrovna in Moscow, but its arches collapsed three times. The merchant turned to the saint for advice, and he pointed him toward Kiev. "Find there John the Cripple," he said. "He will advise you how to construct the church."

Traveling to Kiev, the merchant sought out John, who sat in a poor hut and rocked an empty cradle. "Whom do you rock?" asked the merchant. "I weep for my beloved mother, who was made poor by my birth and upbringing." Only then did the merchant remember his own mother, whom he had thrown out of the house. Then it became clear to him why he was not able to build the church. Returning to Moscow, he brought his mother home, begged her forgiveness, and built the church. 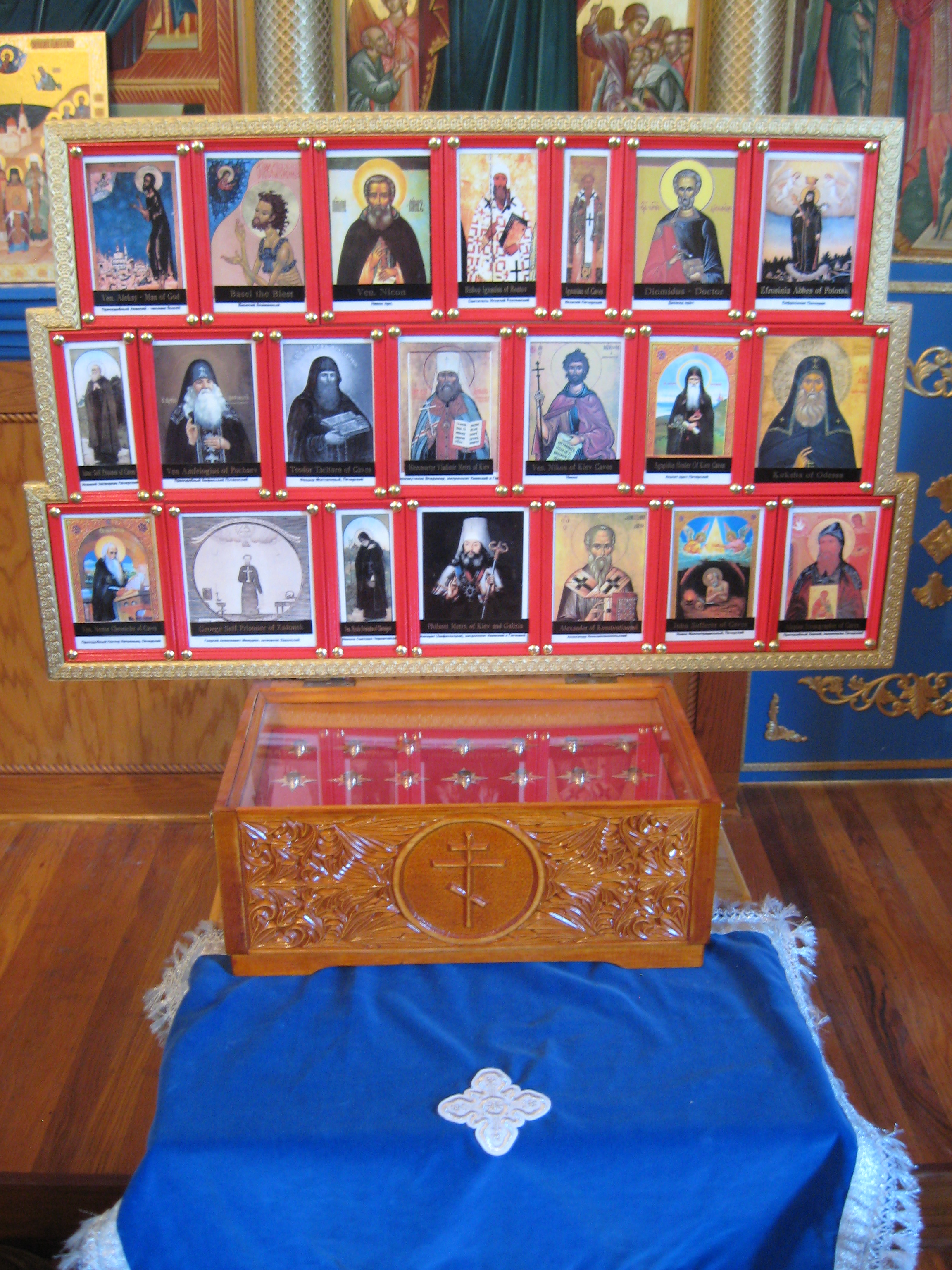 Preaching mercy, the blessed one helped those who were ashamed to ask for alms, but who were more in need of help than others. Once, he gave away a rich imperial present to a foreign merchant who was left without anything at all. Although the man had eaten nothing for three days, he was not able to beg for food, since he wore fine clothing.

The saint harshly condemned those who gave alms for selfish reasons, not out of compassion for the poor and destitute, but hoping for an easy way to attract God's blessings upon their affairs. Once, the saint saw a devil in the guise of a beggar. He sat at the gates of the All-Pure Virgin's church, and he gave speedy help in their affairs to everyone who gave alms. The saint exposed the wicked trick and drove the devil away.

For the salvation of his neighbor, St Basil also visited the taverns, where he tried to see a grain of goodness, even in people very much gone to ruin, and to strengthen and encourage them by kindness. Many observed that when the saint passed by a house in which they made merry and drank, he wept and clutched the corners of that house. They inquired of the fool what this meant, and he answered: "Angels stand in sorrow at the house and are distressed by the sins of the people, but I entreat them with tears to pray to the Lord for the conversion of sinners."

Purified by great deeds and by the prayer of his soul, the saint was also given the gift of foreseeing the future. In 1547 he predicted the great fire of Moscow; through prayer he extinguished a fire at Novgorod; and once he reproached Tsar Ivan the Terrible, because during the divine services he was preoccupied with thoughts of building a palace on the Vorobiev hills. 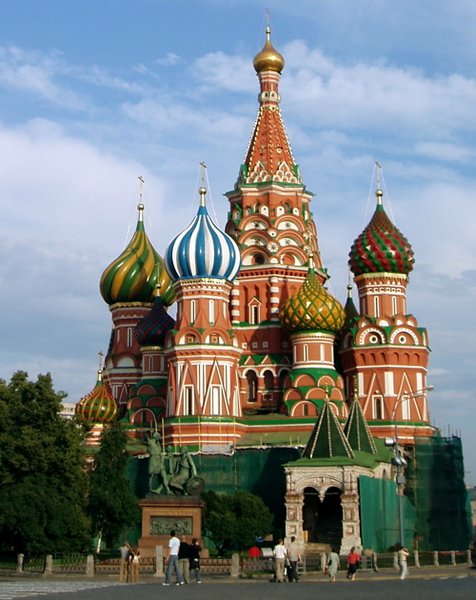 St Basil died on August 2, 1557. St Macarius, Metropolitan of Moscow served the saint's funeral with many clergy . His body was buried in the cemetery of Trinity church, where in 1554, the Protection cathedral was built in memory of the conquest of Kazan. His Holiness Patriarch Job glorified St Basil the Blessed at a Council on August 2, 1588.

In an early icon, St Basil is portrayed as old, with white hair curling at the ears, and a short, curly white beard. He is completely naked, and holds a handkerchief in his hand. The veneration of St Basil the Blessed was always so strong that the Trinity temple and the attached Protection church were renamed for him [the famous St Basil's Cathedral in Moscow].

The saint's chains are preserved at the Moscow Spiritual Academy.

(St. Basil's Cathedral, as it is commonly called, is actually the Cathedral of the Protection of the Mother of God. It has come to have the nick-name of St. Basil's Cathedral, because of the Fool-for-Christ, St. Basil the Blessed, who roamed the streets of Moscow like a prophet in the days of Ivan the Terrible. St Basil was venerated as a Saint immediately at his repose in the 16th century and was eventually buried beneath the cathedral which now commonly bears his name.)

Basil the Blessed
We are: ChurchMotherOfGod.org | Send comments to: This email address is being protected from spambots. You need JavaScript enabled to view it. Thanks.
Copyright 2008 - 2020, Church of the Mother Of God, Mays Landing, New Jersey Visit us on Facebook
Powered By T3 Framework